It’s January. Time for a fresh start right? Resolutions, plans, goals. How many did you accomplish last year? For that matter, how many have you kept going these first couple weeks in January? Research shows that the majority of people scrap their resolutions, some in as little as a few weeks, some within six months.*

Last year, I’d say I successfully fulfilled about 50-60% of my goals. I’m fairly pleased with that, but also see where I fell short. I decided it might be helpful to share where I succeeded or failed, and my takeaway for this year. I hope this encourages you in your own goal setting. I’ll spread it over the next two posts to keep the length reasonable and because January is a great month to consider this topic. I’m really coming clean here and you are going to get a glimpse into my personality…

In 2014 I created a visual sheet to track my goals in 10 areas (see photo.) I tried to refer to it regularly throughout the year. Here’s how I did:

Finish step three of Financial Peace (build a 3-6 month emergency fund.) Not accomplished. Not even close. Takeaway: Since I was  underemployed for much of the year, our finances went into somewhat of a reversal. That is changing now. You have to understand that external situations can impact your goals, but you shouldn’t give up on them entirely.

Donational (This could’ve gone into financial, but it also included a goal about volunteering so I separated it. Is “donational” even a word?)

So, overall, I’m relatively pleased with the journey with the above. Yes, I’m disappointed about the weight, but I’m already slow-but-steady headed in the right direction for 2015. I’ve already played my flute more times in the new year than I did all last year (and I’ll explain why in the next post, along with sharing the results of the remaining goals.)

Engage (with the online community via blog comments or social media):

What goals have you established for 2015? Are you on track, or already falling off?

Think about (for personal reflection or discussion with colleagues): 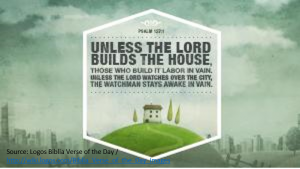 1. As a company, do you have specific goals set for this year? This quarter? What are they?

2. Do you think goal setting is a good exercise, or not very valuable given the number of people who don’t follow through?

3. What are three reasons people may not follow through on their goals?

4. Can you be encouraged to have accomplished even part of a goal when you don’t get the whole thing done? Why or why not?

5. Consider the two quotes shared above. What do you think about them in relation to goal setting?

Remember: Here’s a post about Setting Goals with Your Team

Benefit from: Michael Hyatt has had several posts and resources on goal setting over the last weeks of December and into January. *Here’s a link to the post where I got the stats mentioned above. Why You Shouldn’t Be Making New Year’s Resolutions.

Did someone forward this to you or share it? Get your own free copy of 11 Strategies for a Less Stressful, More Productive Workday and receive these posts each Monday in your own mailbox! [yks-mailchimp-list id=”c9613e90db” submit_text=”Subscribe Me!”]