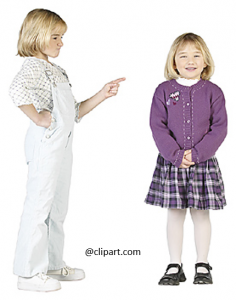 I still remember being called into the Dean’s office in college.

This goody-two-shoe gal, who rarely got in trouble, was being scolded by the Dean of Women for gossip.

It isn’t fun to be called on the carpet–criticized for how you behave. Even smaller criticisms can zap the energy from your day–that snide comment you overheard about how you handled the project or that email from a disgruntled customer. We’ve all experienced it, and if you are in any position of leadership or influence, you’d better be prepared for a higher dose of it than some.

But criticism can actually be good for you–if you handle it right. Here’s why.

Criticism humbles you. Pride is a dangerous thing. On the one hand, being appropriately pleased at a project you have accomplished or something someone you supervise has done can be a healthy element of team building. But thinking more highly of yourself than you ought to can lead to bad feelings and embarrassment eventually. Criticism can be a helpful early warning sign that you think too much of yourself while others don’t feel the same way.

Criticism might contain some truth. Yes, some criticism is completely unreasonable. But most “jabs” do have at least a small element of truth to them. For example, a very friendly person can be a great asset to your team, but could also be too talkative. A criticism of “She just dominates the conversation all the time,” could hurt, but may very well be true. When you receive a criticism, ask yourself what part of it you can actually benefit from. The lesson in the Dean’s office helped steer me on a journey of learning discretion…one that would still take time to learn, but led me to many years of trusting, professional relationships later in my career.

Criticism can open dialog. Often a critic doesn’t welcome face-to-face dialog about the problem, especially if he/she has used a protected means to take the jab (i.e. email, Facebook comments, voice mail message, etc.) If you are courageous enough to confront the critic with sincere questions and a teachable spirit, you may actually build a deeper relationship that greatly improves from where it started.

Criticism can help you improve how YOU give feedback. If you’ve ever received a harsh, unfair criticism, let it remind you not to give criticism in the same way. We often don’t realize how we approach things until we’ve received the same treatment ourselves.

No one enjoys criticism but there’s plenty of it to go around. While it is unorthodox to consider it a gift, it really can be one.

Now you. Share about a time a piece of criticism worked in your favor.[reminder][shareable]No one likes criticism. But it can be a gift.[/shareable]

[offer-box href=”https://sellfy.com/p/uQ4h/” linktext=”Understanding yourself can help you understand why you might get criticized. Click here for a basic personality assessment.” securecheckout=”false”]